The day my Mother died I was asleep in my bed in California.  My cell phone rang five times at around 5am and I kept ignoring it because I thought it was ridiculous for anyone to call me this early.  By 6am I can’t wait to yell at whoever keeps calling so I pick up the phone and yell what the fuck do you want and the voice on the other end says, “Your mom died”.

I rub my eyes and sit up straight and ask them to repeat what they said.  Which they do, over and over again.  I can’t understand what they’re saying even though I hear the words; for some reason I just can’t grasp it.  I can hear the words but my brain won’t organize the meanings.  I don’t know about you but when I first wake up I am completely confused.  If the person on the phone said “Hey how are you” I still would have been confused.  I feel like I’m dreaming.  It was a really intense way of finding out my Mother passed away.  They asked if I could attend the funeral in Toronto and if I was okay.  I say of course I’ll fucking be there, and I’m not sure if I’m ok, and I hang up the phone.  Panic.

I can’t breathe, I can’t concentrate, I don’t know what to do.  The first person I call is my Father who has to literally walk me through breathing and standing up because I forget how to function.  I just keep asking him what do I do.  He has been divorced from my Mother for years but still has to be really intense for him too.  He stays on the phone with me for probably half an hour until I knew who I was.  He tells me how to brush my teeth step by step.  I still can’t cry because I guess I still don’t believe it.  I’m in shock.

The next person I call is Johnny.  He’s the next person that pops into my head and when he answers my entire body relaxes and I catch my breath.  I start balling my eyes out.

The next day my Father drives me to the airport.  I don’t speak in the car.  I feel like a zombie and walk to my terminal completely numb.  I remember I was sitting cross legged on the floor listening to music, waiting for my plane to take me to the funeral.  I remember being afraid and sad and confused and nauseous.  I texted Johnny and told him I wish I had his chest to lie on and that he could come with me to give me endless hugs to make me feel better. 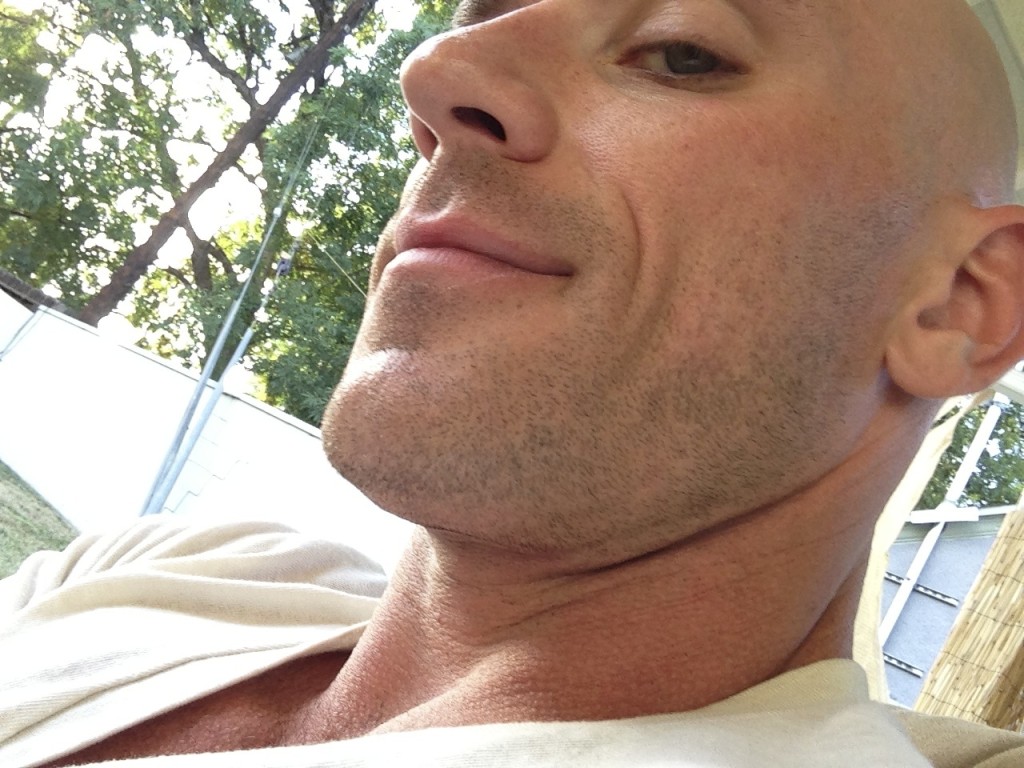 He sends me these two pictures.  The first one, he says, is for anytime I need a hug to look at this picture.  The second one is if I was safe and happy and lying on his chest.   My lips curl slightly and then bloom into a giant smile that pushes the welled up tears out of my eyes.  It’s amazing how one nice notion can positively affect someone so much.  I must have looked at those pictures a million times on that trip, and when I was afraid to walk into the funeral home it was those pictures that gave me the courage to walk through that door.  I don’t think he knows how much it meant to 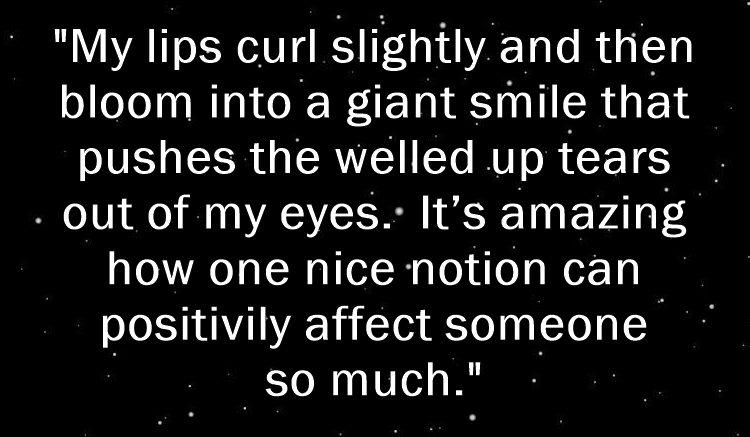 me even to this day.

It’s not until recently that we figured out that I had chosen to call him second after my Father when I got the news,  after hanging out with him just ONCE.  Which is so confusing to me because I had already felt so close to him by that point that it just felt natural, I knew he would calm me down and he did.  He told me he felt so special when I called and that he was happy I felt strongly about him so quickly because he felt the same way and was nervous I didn’t feel it.

I’m glad he was there for me and I appreciate it to this day.

Just for fun– the video below is the song we played at my Mom’s funeral.  She was a really care free, fun loving person and wouldn’t have wanted us to sit there sad.  So when the service was coming to an end my cousin and I stood up and told everyone else to stand up and said, “she would have wanted us to dance.”  So we made everyone dance, to one of her all time favorite songs.

My Mom lived in St. Maarten in the Caribbean for many years with my Father and loved their culture and music.  For anyone who doesn’t know what Carnival or Soca is read about it here