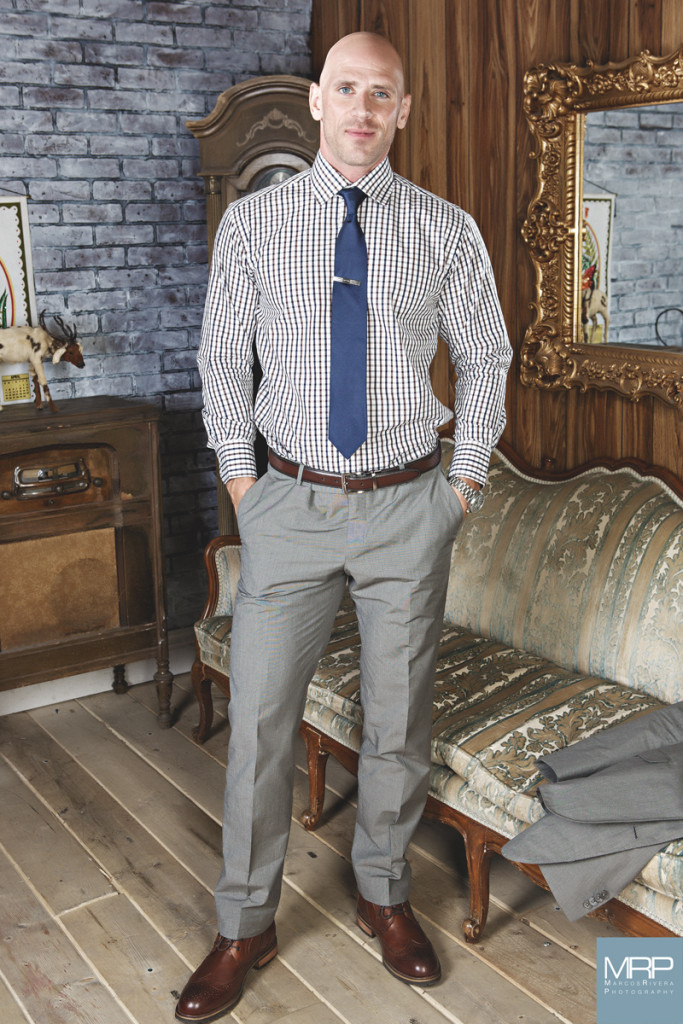 I would estimate the amount of times someone asks me, “You know your boyfriend fucks other chicks, right?” happens mmmmmmmm maybe 5 times a day.  EVERY DAY.  People laugh at me with their heads shoved up their asses telling me this like I have no idea.  I think it’s mainly because people just can’t understand it and so they deem our relationship “impossible” and try to talk me out of it.  The funny part is, this means the general population holds sex in a more important light than us, but we’re supposed to be the sex addicts, right?  Doesn’t make sense to me.  Sure it’s been hard at some points for both of us.  But in general it’s really not a big deal.

Johnny is by FAR the least judgmental person I have ever met, and is just a normal guy.  He is the least jealous and the sweetest boyfriend I have ever had, and we have a respect for each other I rarely see in any other relationship.  We have STILL never to this day ever called each other a bad name and we’ve lived together for most of our relationship, we’re together all the time, and we never lose our tempers with each other.

When I first entertained the thought of dating him i had no problem with it whatsoever.  It never crossed my mind that it would be difficult because that’s how i met him and I’m the last person that’s going to change the person I decide to be with.  It’s my decision and I could walk away at any moment and I’m comfortable with that.  I went through a brief period of being sad when he would leave to work because I let people get to me.  But then I snapped myself out of it by listening to ME and realizing people are just too closed minded to understand us.  The fact is it honestly doesn’t bother me.  He only fucks girls at work, and how could you be mad at that??  What an awesome job!  What guy wouldn’t want that job?  I’ve always loved porn.  It’s like he trains all day just to come fuck my pussy right at night.  I can never go back to normal sex.  I can never go back to some uptight guy checking my cell phone when I’m in the shower because they’re so damn insecure.  Hasn’t anyone ever heard of swingers?  This isn’t new.

When he first asked me to be his girlfriend he warned me that people would have an issue with it.  I thought he was crazy… it

didn’t make sense to me that other people in my life would have an issue with who i date since it’s my fucking life.  Boy was I wrong.

I probably lost 15 friends over this relationship.  And it blows my mind that people are so preoccupied with everyone else that it would even start to bother anyone!  So trippy to me!  I had friends sending me pictures of him banging other chicks which I already knew about, everyone!  Lol thanks though.  People went on in great lengths through text, phone calls, and in person about how I need to start “respecting myself” and how he “could never love me” because he fucks other women.  But I didn’t understand what they meant.  When him and I are together I can feel that he loves me.  I can feel that even though he fucks other women that I’m special.  He’s not a robot and I can see the love in his eyes when he’s with me, it’s so fucking obvious.  I wish the people who decided to not be a part of my life because of him could see us together.  I wish they could meet him without knowing who he is so they could see he’s the nicest guy on earth.  I feel like judgmental people miss out on a lot in life.

Here is the coolest part about it, and this is the part I bet no one is going to understand: the universal fear of being cheated on is non existent.  I have never worried about it because everything is out in the open and I am not in the dark about anything.  I also know he cares about me to a degree that is extremely flattering and humbling.  So I’m never worried.  He’s my best friend and I love scheming on hot chicks with him when we’re out and I love asking him funny questions about his day at work.

The bottom line is that I’ve never been happier.  I’ve never enjoyed being around someone so much, I’ve never loved someone this much, and I’ve never trusted someone this much.  We love being sexual beings and we’re going to have a beautiful, fun life traveling the world fucking all kinds of girls together, and anyone who has a problem with it can sit at home alone at their computer and continue to tell me how bad he is.  I’ll take him off everyones hands 😉